Let me introduce to you all the first and the finest space marine sci fi book I’ve ever read: Myke Cole himself calls his books military fantasy, but mighty Amazon has decreed this series as space-marine science fiction, and thus it shall be forever more!

A few weeks ago, one of my favourite urban fantasy writers released the 3rd book in his Shadow Ops trilogy. Shadow Ops: Breach Zone.

I loved the first book in the series and have read it back to back more than a few times by now. The 2nd book was OK, but didn’t quite get up there with the first. The 3rd installment is possibly the best of the three books in the series.

In book one, Shadow Ops: Control Point, the main protagonist is Oscar Britton. He manifests a dangerous and banned magical ability, and is taken hostage by the american paranormal military, in an effort to enforce cooperation and take advantage of Oscars rare abilities.

In book two, Shadow Ops: Fortress Frontier, Colonel Alan Bookbinder is the protagonist. Where the story of Oscar Britton is action packed and full on awesome, the story of Bookbinder is more of an exploration of his character and the transformation he has to go through in order to be the man he wants to be.

In book three, Shadow Ops: Breach Zone, there’s a third (and no, I know what you’re thinking, but it’s not Ender!). Well, actually there’s also a fourth. Lieutenant Colonel Jan Thorsson, codename Harlekin and the convict Scylla, who is a mentally unstable woman with magical powers and abilities. This makes her very dangerous, and also the reason she was imprisoned in the first place.

Harlekin is a Lieutenant Colonel of the paranormal military branch, but by the time we’re in book three, he has also become somewhat of a hero to the american people. Fast forward a bit and the story starts to pick up from the book two.

An incursion from the Source (a place of magic and fantastic beings) takes place at multiple fronts, and Harlekin is sent to deal with the main incursion in New York City. Undermanned, with less magical pow-wow than the enemy and a situation that is getting out of control, Harlekin has to save not only New York, but also the world as we know it. If Scylla and her non-human forces gain a foothold, nothing will be able to stop them.

Luckily we get to see a few good people back in action. Oscar Britton for one is back for a short time, along with his pack of rebels, and so is colonel Alan Bookbinder. This third book is probably my favourite, although I much prefer the character of Oscar Britton to any of the other characters in this series.

As always, I love the magic system. It’s very action oriented and has lots of potential for fun and destruction. Myke Cole is very skilled in the art of integrating his magic into the battle scenes.

Harlekin is his most developed and accomplished of all the characters in the series, and he really shines in this book. He’s an aeromancer, which means he can fly, channel lightning and just be this overall cool character we experience first hand. 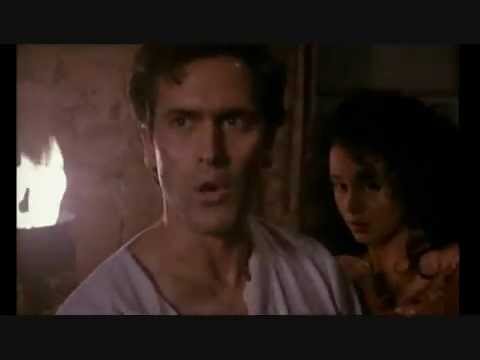 Thinking back to one of the more memorable scenes, I cannot help picturing Harlekin as a young Bruce Campbell saying; “Yo, she-bitch. Let’s go!”

Without going into too much detail, I dare say it’s an action packed and fast paced book. I’m a bit disappointed there was not more on Oscar Britton in this third novel, but I hope Myke Cole will get back into his world of fantasy and fiction soon.

The Shadow Ops series is one of the better urban fantasy series I have read, and it is quite unique. I cannot compare it to any UF I’ve read before or after, but in many ways, the writings resemble that of Brent Weeks. They both excel at integrating their magic and magic systems into the story, which creates fantastic action scenes. I’m not sure the choice of using 3/4 different protagonists in the books was the best choice, as I have a clear favourite, but that might just be me. The choice of a new protagonist in each book does work, but I much preferred the first one, Oscar Britton.

All told, the Shadow Ops trilogy is an exciting ride. I would recommend this series for anyone who likes urban fantasy. It is quite different and fun compared to the run of the mill stuff you normally experience.