I remember when I read ‘The Lies of Locke Lamora‘ by Scott Lynch. I thought it was such a great read and was so fortunate to find another great author. Then I read Red Skies Over Red Seas and while it was still a good book it was nowhere in the league of Lies. It is quite ironic that because Skies wasn’t as good, it made me more excited to read The Republic of Thieves. I wanted to find out if Lynch was really just a one hit wonder or he just made a bad call on where his story was going. 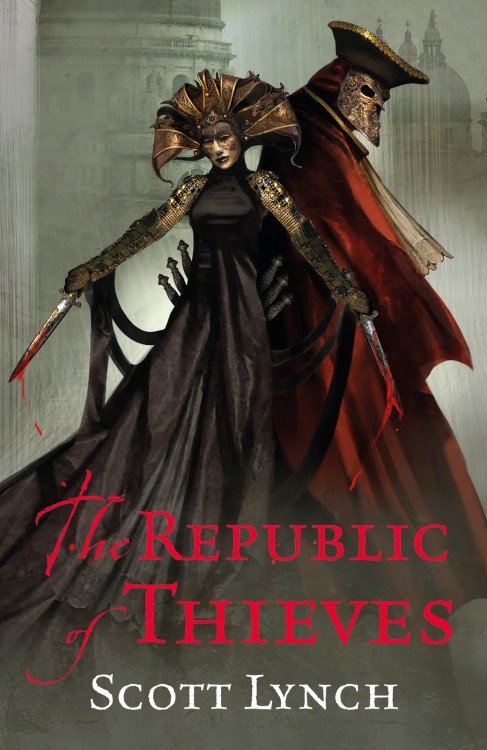 Finally in 2011 I get to pre-order it because it is coming out…nope.

Reaching for some answers is usually found on an authors blog. Want to know why George R.R. Martin took so long for Dance? Well he was going to infinite conventions, making Wild Cards and watching his beloved Jets and Giants.

So what does Lynch’s blog contain?

Also, when I have accurate information about Republic to give out, I will give it out. It will blaze in every form of social media I use. My publishers will print publicity notices and shoot them directly into your brains with arrows. It will be the new high point in my ongoing fight against the most unexpectedly crippling and humiliating thing that has ever happened to me. Simon Spanton will grow wings and spontaneously age twenty years in reverse. Insane with joy, he will declare himself the God-Emperor of Greater London and you will have to fight a war to break the shackles of his mad tyranny. You will not miss it when it happens. This is really the last I’d like to say about it until it’s time to say something useful.

Now this is a personal opinion but this paragraph written 3 days ago on http://scott-lynch.livejournal.com/ to me infers that The Republic of Thieves will not come out any time soon, end of this year if we are lucky.

I really can’t begin to understand why it is taking so long to write except his health is really not well (but well enough to blog) and I’m not worried that he’s going to pull a Jordan (his books aren’t in that league yet), but I am frustrated as a fan can be.

Are you as frustrated as me?