#1
With part 2 of my "Time Tunnel" series, "Women of the Wise Oak" launched on Friday, I have put book 1 "Children of the Wise Oak" on Kindle Countdown all this week. Universal link
If anyone wants this offer but isn't in USA or UK send me a message, we'll sort something out.

It is a historically grounded fantasy set in 1st C. BC Britain, Gaul, and Rome.
Although the cover suggests something akin to Enid Blyton, the level of threat is more in line with the fourth Harry Potter book. It's not intended specifically as a kids book but I have kept it PG13 and the writing style is fairly undemanding.

Three brothers living in a Celtic village in Britain are forced to flee their home. They learn they have magical abilities and journey to Gaul to study with the secretive Deru-Weidi. But will their powers be enough when they come face to face with the might of the Roman Republic? 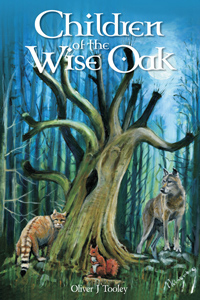 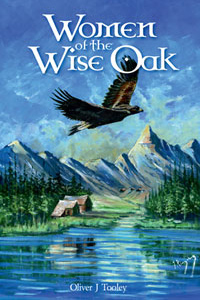 Got in a fistfight with Dresden

#2
Neat Covers!
Yep, the first one kind of has that Enid Blyton feel to it.

And heck, having the word 'Children' on a book title does tend to give off the vibe that it's a kid's book for some folks. Or something about kids in some war torn or tragic place. Sad.

That's why I'm giving my own book an overhaul.

#3
Yep, the whole concept for the cover was intended to be darker. The tree is supposed to look like a scary face, but the artist just didn't quite capture it.
He's done a whole heap better with book two.
I'll be the first to admit that the covers are ludicrously self indulgent. Each is a commissioned painting which was then scanned and turned into a cover.
My sister bought the first one, and a local philanthropist bought the second.
I hope by the end of the series, I will be able to keep one or two.