#21
What is the absolute scariest book you've ever read? I want a whopper this October!
Allan Batchelder

In the name of the Pizza Lord. Charge!

Staff member
#22
ABatch said:
What is the absolute scariest book you've ever read? I want a whopper this October!
Click to expand...
Not scary in a sense of jump scare, but in a more sinister psychological thriller scary, which fucks with me more than any monster based book can.
https://www.goodreads.com/book/show/26529698-the-ninth-life-of-louis-drax

That book is unlike anything else I've read. It's first person narration which I usually hate, but that works for The Ninth Life of Louis Drax so well.

As for more traditional horror Clive Barker's The Hellbound's Heart is quite effective as a horror book but also comes with some beautiful writing which surprised me. It's quite a juxtaposition which I didn't expect.


Both books are quite short, but very engaging.
|| My ratings explained ||Malazan Reading Order (all books) || Forthcoming Fantasy and Science Fiction books in 2021 ||
Currently reading:

#23
Might seem trendy with the movie out but It was the scariest to me. I have a phobia about those things, clowns and the other thing.
Books read in 2021
Before They Are Hanged, The Blade Itself, The Trouble With Peace, Network Effect, Sharp Ends, Lockdown Tales, Rogue Protocol
Currently Reading
Last Argument of Kings
Kings of Heaven

#24
Black Angel by Graham Masterton. Horrific and chilling story, definitely not for everyone.

Staff member
#25
paul james said:
Black Angel by Graham Masterton. Horrific and chilling story, definitely not for everyone.
Click to expand...
I just did a search for this on Audible and all I could find was smutty romance literature
This is my signature.

#26
I have been thinking about this subject a lot since I posted. I have read many horror novel's, mostly by the same author's. Two of my favourite's which I would recommend are Peter Straub and James Herbert. Peter Straub's classic novel Ghost Story is excellent. I would also recommend Mr X and also A Dark Matter both of which I enjoyed.
James Herbert has a lot more to chose from. My favourite's are Others and The Secret of Crickley Hall, these are very scary books. If you want something longer there is the David Ash trilogy, beginning with Haunted then followed by The Ghosts of Sleath and finally Ash.
Graham Masterton write's in many genre's - horror, historical fiction and sex-help books. I have read 7 of his horror book's with the first two I read being the best- Black Angel and The Pariah.

These are a few suggestion's I can make. I have read a lot of horror and I get addicted to authors and have read tons by James Herbert, Dean Koontz, Peter Straub, Stephen King and Clive Barker.

#27
Placida said:
Is Halloween as big in other countries as it is in the USA? Seems to get more popular every year
Click to expand...
In my country it isn't, yet. I live in Bulgaria.

It's mostly celebrated by groups of people who are in way too much love with the American culture - skaters, punk/emo/gothic people, the hardcore american rap fans. The "underground/rebelious" sub-cultures, so to speak.

To be honest every time I encounter a group of kids sprawled on the metro stairs listening to rap or metal, with skateboards in their hands I experience a strong urge to kick their shit around, as a reminder that stairs are made for going places.

But yeah, those are the main ones who'd celebrate things like Halloween or July Morning and the like. And maybe some young people/students, who have nothing better to do, but paint themselves and get drunk. Many night clubs have Halloween parties for just that reason.

The thing is - the branch of the Eastern Orthodoxy in Christianity doesn't have the same religious holiday on that day. Or in any day, as far as my knowledge goes. So we have no reason to celebrate whatsoever and that's why only people who have nothing better to do organize themselves for the novelty of it.

Kids aren't going around asking for candies either. To be honest I'd like it to stay that way - we have our version of the thing which our ancestors used to do on Christmas, where you dress like that: 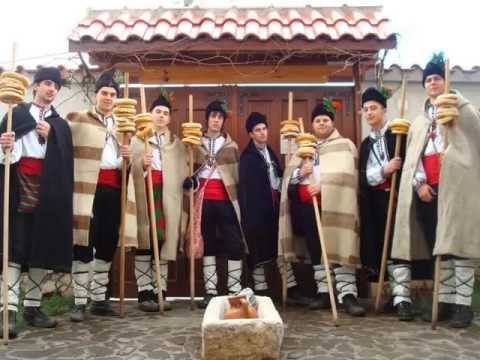 And you go through your village, singing special holiday songs, gathering special bagels on your stick. And other things like fruit preserves and such. But it's a tradition from the past, it's probably dead for two decades or more, especially in the big towns. I've done it only once myself, and it was for cheering up some old folk in a senior home, organized by my school.

Here's a video of such an event:

But it's not a widespread event anymore, kept more for the sake of preserving the ritual than anything else.

But yeah, our traditions in this regard are more rural if you'd like, not commercialized, but also almost extinct in the modern society.

I get it how kids could fall in love with Halloween, I myself probably would have as a kid, but on my part I prefer to avoid it, because it's not a part of our branch of religion and it would just feel weird.

My younger brother celebrates it though. So there's that. And it would probably grow more popular with time, but for me it feels weird the same way someone in US celebrating a Bulgarian/Slavic holiday would feel. There are reasons for those days to exist and they deserve to be respected, but practicing a foreign holiday without any regard for the background story, and just for the chuckles, is something I couldn't understand.

In the name of the Pizza Lord. Charge!

Staff member
#28
ExTended said:
but for me it feels weird the same way someone in US celebrating a Bulgarian/Slavic holiday would feel.
Click to expand...
Yup. Exactly.

In Bosnia we don't celebrate it either. Same way we don't celebrate Valentine's day or St. Paddy's day. It's just not our culture.
In some parts of Herzegovina and Croatia they celebrate with something called 'maškare', where kids especially, but adults too dress up and parade around the town. It's part of the karnival period before the Lent period. So not October, but late winter, early spring. It's tied closely to Catholicism, since majority of people living in these areas are catholics.
In Bosnia's region majority are Muslims and Orthodox, so their religion doesn't allow for these kinds of celebrations either.

Here's some pics from Rijeka, Croatia.

And then something similar to Bulgarian example. These are zvončari (bellmen) who's task is to ring the bells and ward off evil spirits as well as start a new spring cycle. It goes back to pagan Slavic days, which is why we share these things with Bulgaria. 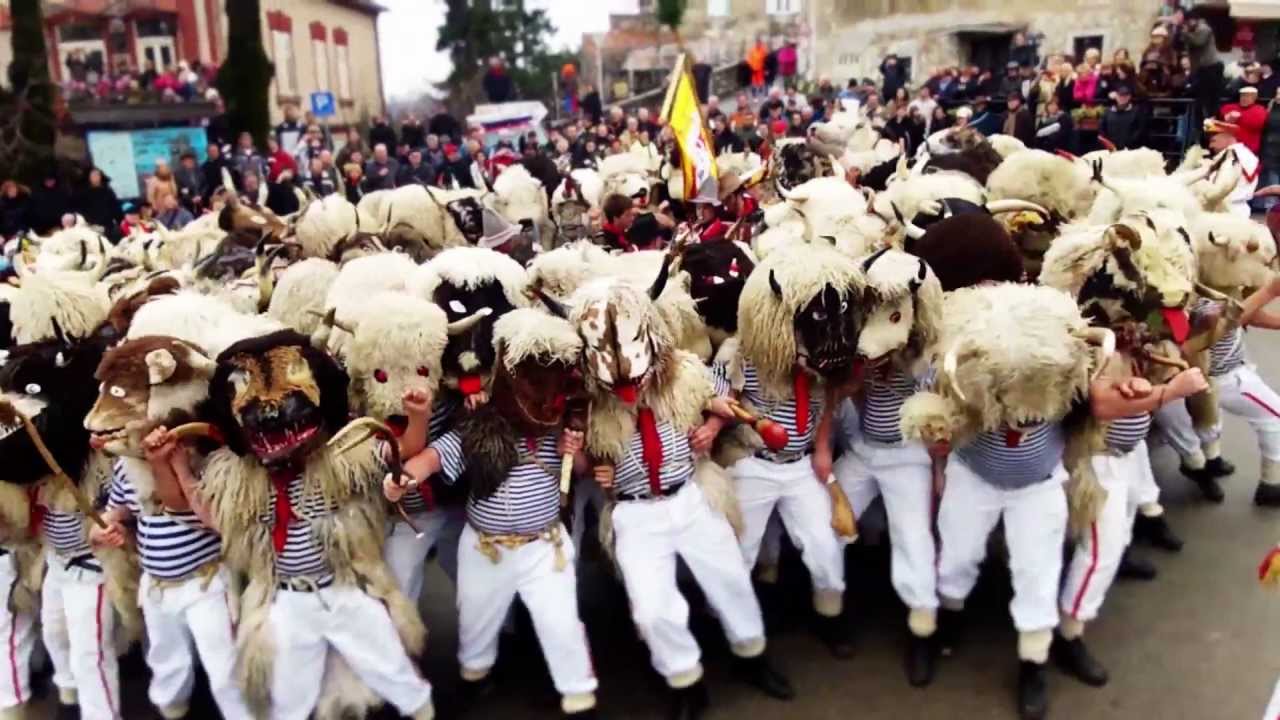 Me personally I like the idea of Halloween and I try to read a horror book on the Hallows Eve, but it's not something I actively celebrate.
|| My ratings explained ||Malazan Reading Order (all books) || Forthcoming Fantasy and Science Fiction books in 2021 ||
Currently reading:

Staff member
#29
TomTB said:
I just did a search for this on Audible and all I could find was smutty romance literature
Click to expand...
I believe it uses an algorithm where it gives results based on past searches Tom.

We do have a more local tradition called Sint Maarten / Saint Martin's (11 November). Kids create lampoons and go from door to door to beg for treats. It's a catholic holiday that is still very popular in our country (even in the Protestant areas).
T

#31
Probably the book that scared me the most was The Shining, but keep in mind I was like twelve when I first read it and have become desensitized since then.

#32
I have never found a book that was scary. I find the big names, king and Koontz for example, to be hilariously sad and the opposite of scary.

I am planning on reading some clive barker soon. I love his movies and heard his books are just as good. I'm still find lovecraft to be fabulous, but not scary.