0 avg rating
Book 46 of 59 in the Best LitRPG Books
4 votes 0 comments
Atherleah Carroll grew up in a negative-tax family in the gang-controlled suburbs of Brisbane at the end of the twenty-first century. From the age of six, she decided that she wanted more and with the help of her local gang-leader she learned the skills to escape the relentless pressure to mediocrity. On her sixteenth birthday, she was inadvertently implanted with a Neural Enhancement Chip instead of the free Government provided basic level personal AI. This mistake not only removed the limits placed on the AI but also broke some of the Government instigated control parameters. Leah’s life rapidly becomes a battle, both in the virtual-multiverse and in real life.

On the Stork Tower by Wáng Zh?huàn
Along the mountains sink the last rays of sun,
Towards the sea, the Yellow River does forward go.
If you would fain command a thousand miles in view,
To a higher storey, you are expected to go. 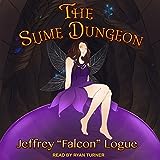 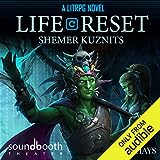 Nascent ranks on the following lists