‘Great Lady of the greatest Isle, whose light
Like Phoebus lampe throughout the world doth shine’

The Faerie Queene was one of the most influential poems in the English language. Dedicating his work to Elizabeth I, Spenser brilliantly united Arthurian romance and Italian renaissance epic to celebrate the glory of the Virgin Queen. Each book of the poem recounts the quest of a knight to achieve a virtue: the Red Crosse Knight of Holinesse, who must slay a dragon and free himself from the witch Duessa; Sir Guyon, Knight of Temperance, who escapes the Cave of Mammon and destroys Acrasia’s Bowre of Bliss; and the lady-knight Britomart’s search for her Sir Artegall, revealed to her in an enchanted mirror. Although composed as a moral and political allegory, The Faerie Queene’s magical atmosphere captivated the imaginations of later poets from Milton to the Victorians.

This edition includes the letter to Raleigh, in which Spenser declares his intentions for his poem, the commendatory verses by Spenser’s contemporaries and his dedicatory sonnets to the Elizabethan court, and is supplemented by a table of dates and a glossary.

The Song Of Albion
by Stephen Lawhead

Lord Of The Flies
by William Golding

Guardian Cats And The Lost Books Of Alexandria
by Rahma Krambo

The Faerie Queene ranks on the following lists 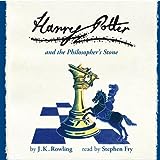